BREXIT DEAL (OR NO DEAL)…..Fat Chance!

By Barry Edge on Nov 08 in Industry News. 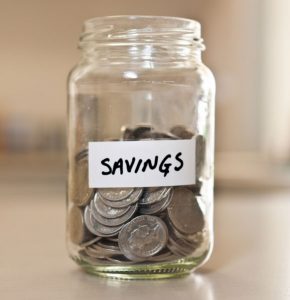 “Expect a deal by the 31st September”, was the title of a recent report I read regarding the ongoing, mind-numbing drivel-mill, that’s refused to take a break since that fateful June day of 2016. And, judging by its title, the author of this wittisistic article is just as exasperated by the whole thing as the rest of us. Regardless of which way you inclined 2.3 years ago, if you’re anything like me you’ve probably started putting 10p in a bottle every time you hear the word “BREXIT” as a way of financing next year’s holiday to erm….Europe!

Furthermore it seems whichever politician gets air-time on “News at 10” on any given day, the sensible opinion is that a deal is better than no deal. And the general view is that a deal would enable frictionless trading with our Euro-neighbours whereas no-deal would almost certainly bring an end to life as we know it and cast us adrift back to the dark ages. But, we’re also told that the only way to get a deal is to basically meet the same criteria we abided by when we were part of the EU (I’m sure that’ll never bounce with the Brexiteers among us).

So…What to do?    Scissors/Paper/Stone on every mute point?   Penalty shoot-out on every contentious issue? (don’t fancy our chances in that!)   Change the Prime-Minister? (been there and bought the t-shirt!)   Or simply appoint sensible politicians on both sides that sufficiently appreciate the importance of harmonious trading conditions with each-other, rather than the current point-scoring, needlessly aggressive rhetoric that has dogged these negotiations since the summer solstice of 2016.

But, what has all this got to do with the Meat/Food industry, I’m sure you’re asking yourself (assuming you’re still reading this and haven’t already relieved yourselves of every 10p coin in sight)? Well actually it’s this….Anyone that eats food, drinks drink and buys it all from a shop, couldn’t have failed to notice their grocery bills have risen to levels akin to their mortgages since “Farage day” and unless something is done to steady the Brexit-era Pound devaluation (the main cause of grocery price hikes), we’re never going to be able to sustain the current levels of Obesity that we all work so hard to maintain and enjoy.